A mix of master skills

In 2014, Six Construct finalized the construction of a seawater intake, pumping station and outfall system of the Hamriyah Power Station, which processes and desalinates seawater to generate power and potable water. These works help meet the increasing demand for water in Sharjah and the Hamriyah area.

The Hamriyah Station in the Emirate of Sharjah is owned and operated by the Sharjah Electricity & Water Authority (SEWA). In order to meet growing market demands and boost capacity, the power and water desalination plant was developed in several phases, boosting the power level (phase I) and introducing 20MIGD reverse osmosis technology in the desalination plant (phase II), which processes incoming seawater.

In 2013, Six Construct was asked to build a Seawater Intake and Outfall System to supply the seawater required to the site’s incremental development. The contract included three packages and called for a unique mix of civil, foundation and marine expertise, which happens to be Six Construct’s strong suit.

The seawater pumping station (420,000 m³/h) uses 7 drum screening channels, a distribution bay and pump chambers. The temporary works included the installation of a cofferdam and a deep well dewatering system, which required an open excavation reaching -10.50 m LAT. The reinforced concrete structure (48,000 m³, 8,000 tons of steel reinforcement) was built on a raft foundation installed partially on 162,800 mm diameterbored piles. The wing wall of the pumping station is a combination of tangent piles and an anchor sheet pile wall. Six Construct also took care of the finishing touches, such as epoxy coatings, installationof GRP handrails, gratings and curved covers, and so on.

After the removal of the existing breakwater and protective core-locs (2,050 nos) in front of the temporary cofferdam, Six Construct built a new 280m breakwater to open up the reclaimed land. Precast core-locs (2,000 nos) from our yard in Ajman were transported to the site by barge. In addition to the new basin revetment, the team also installed navigation aids and an oil boom.

The outfall system of nearly 1 km consists of three parts: a reinforced concrete upper channel (16,000 m³, 2,000 tons steel reinforcement); a transition structureusing a secant pile wall and an underwater concrete slab; and the lower channel with rock protection along the banks. 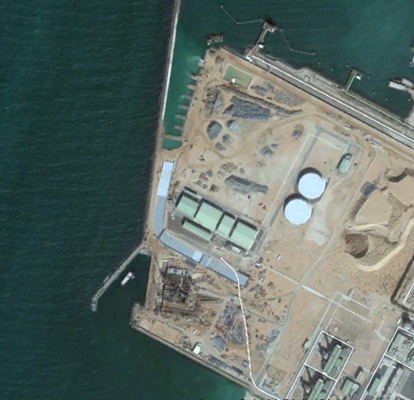 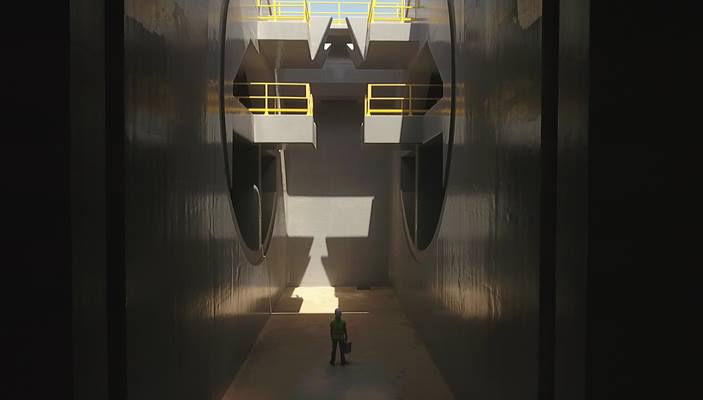 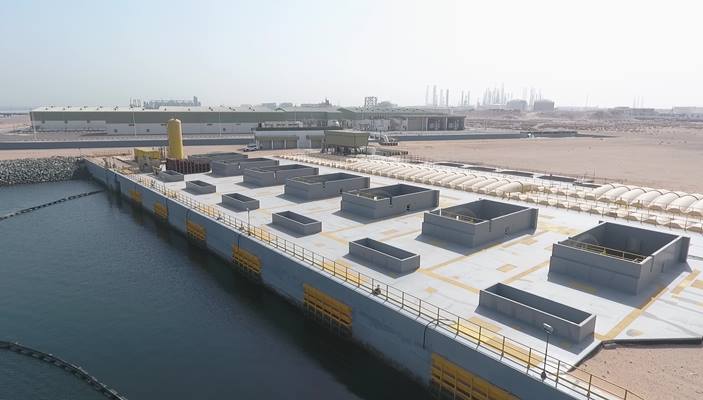 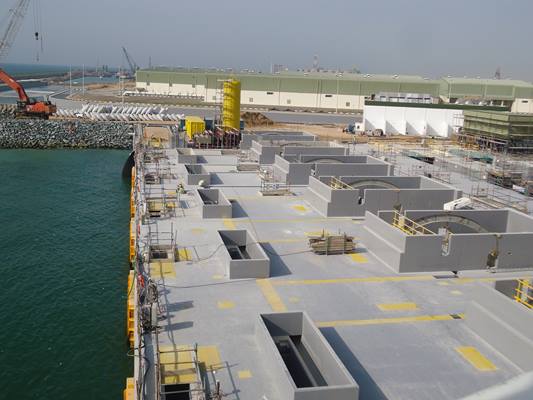 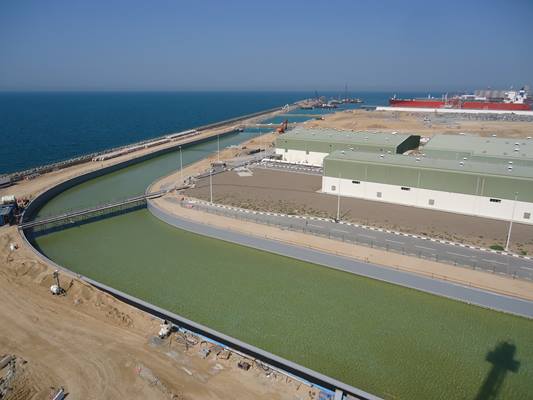 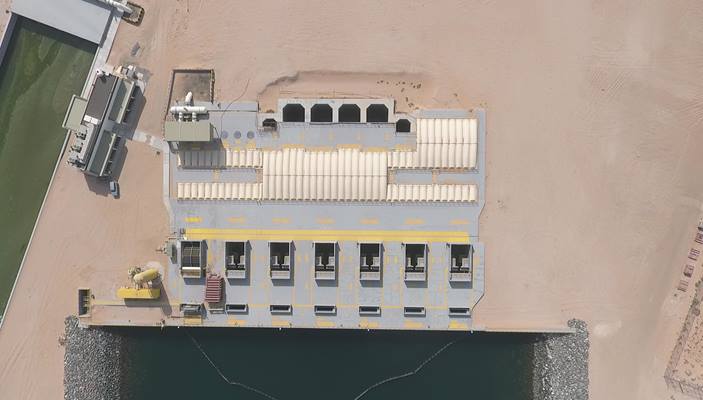 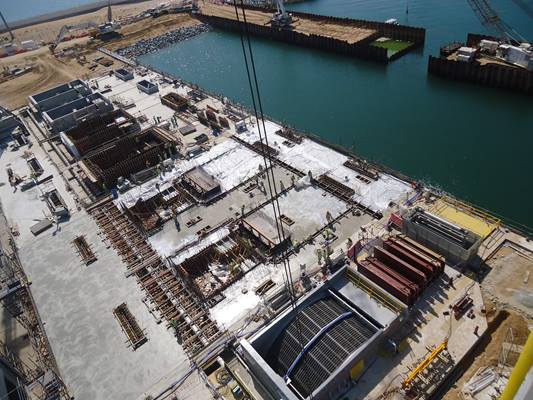